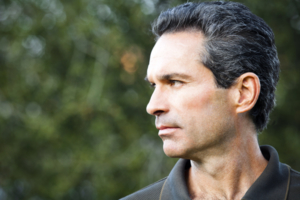 Veteran composer Dean Grinsfelder has provided music for hundreds of film, television and interactive projects over several decades. He considers himself a “musical storyteller” with a passion for projects that inspire, motivate and emotionally move an audience.  In an achievement for which he is perhaps most proud, a private White House screening of “Jean-Michel Cousteau: Ocean Adventures – Voyage to Kure” compelled then-president George W. Bush to implement the single largest act of conservation in U.S. history by declaring the Northwest Hawaiian Islands a Marine National Monument.

Dean earned a primetime Emmy Award for music editing his score for Discover Channel’s “Dinosaur Planet” series (2003-04), an Emmy nomination for his original score for “Jean-Michel Cousteau: Ocean Adventures” (2007), and a primetime Emmy nomination for music editing his score for Discovery Channel’s “Before We Ruled the Earth” (2002-03).  He has also received multiple Telly Awards and Mobius Awards for his work in advertising, and numerous other accolades and recognition across a variety of media types.

Equally comfortable in front of an orchestra or wielding terabytes of samples in his studio, Dean brings forth a broad range of musical and technological skills, including composition, orchestration, conducting, music editing & supervision, production, engineering & recording.  In his role as Lead Composer for Visual Music, Dean and collaborator Tom Seufert have created scores for countless national and international commercials, including many of the Walt Disney Company’s highest profile projects over the past 20 years.  Dean has served as the Head of Production for Q-Factory Music, Inc., a boutique film trailer music library headed by industry legend  Robert Etoll. 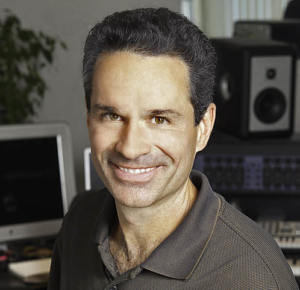 Dean is a native of Ross, California, in Marin County across the Golden Gate Bridge from San Francisco. His innate musical abilities were evident when he began playing the piano at the age of five, improvising elementary songs without formal instruction. He joined his first band at the age of 13 and focused on music during his high school and college education. After earning a degree in Music Composition from UC Berkeley in 1982 (with a minor in business), Dean performed as a professional pianist and keyboardist in numerous jazz, pop, rock, soul and rhythm & blues groups based in San Francisco, Los Angeles and New York.

Dean’s passion for film and professional orientation directed his music career toward the Film Scoring Program at UCLA Extension under the tutelage of TV-Film music icon Gerry Fried and renowned orchestrator Scott Smalley. In 1996, Dean was selected to participate in the highly acclaimed ASCAP Film Scoring Workshop.

Dean’s background gives him a unique business orientation toward the music and entertainment industries. While in the early stages of his music career, he earned a Masters of Business Administration (MBA) from UCLA and subsequently achieved the position of Vice President of Real Estate Finance for the prestigious Wall Street firms of Salomon Brothers and CS First Boston.  Dean has shared his business background and expertise with fellow composers by organizing and moderating seminars on the business and technical subjects for the Society of Composers and Lyricists.  He is also passionate about the art of storytelling, and has lectured on the role of music in film, story structure and the importance of storytelling in our society at UCLA and other Los Angeles and San Francisco area schools.

Dean resides in the Pacific Palisades community of Los Angeles. He is an avid tennis player, trail runner, sports coach, and a devoted husband and father of three boys. 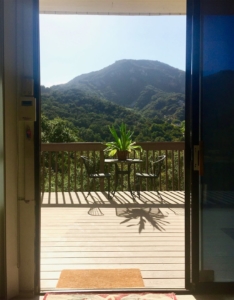 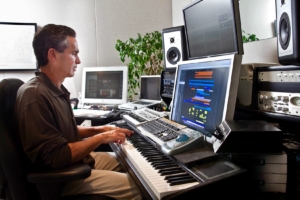 Dean’s composing and production company, Highland Music Productions, is located in the Palisades Highlands area of Pacific Palisades, California, about 15 minutes from Santa Monica. Dean continually upgrades the studio with the most advanced equipment and cutting-edge sounds available. He is particularly versed at blending recorded live instruments with his custom electronic samples to create a final product that is virtually indiscernible from a score costing exponentially more to produce.   Dean has developed proprietary technology that helps him wield the massive quantity of sounds that are at his fingertips, enabling him to generate finished music extremely quickly and efficiently under the most time-sensitive and budget-restricted conditions.

Dean’s studio is ideally suited for recording solo instruments and small ensembles, and he utilizes the top scoring stages in Los Angeles and around the world to record larger orchestral sessions. Musicians and clients enjoy the studio’s sunny deck with dramatic views of the hills and canyons of Topanga Stage Park. 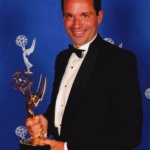 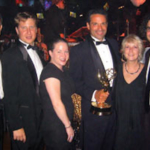 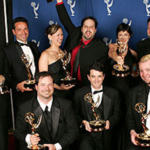 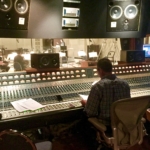 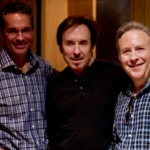 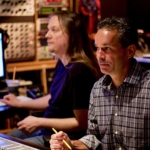 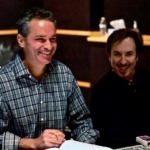 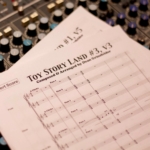 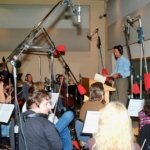 Disney “I Won’t Grow Up” Session at O’Henry Studios 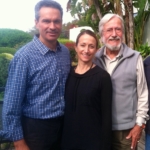 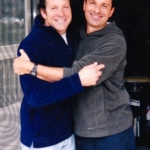 Steve Guttenberg of “P.S. Your Cat is Dead” feature film. 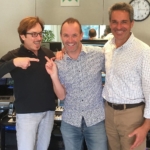 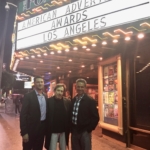 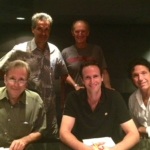 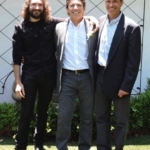 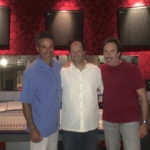 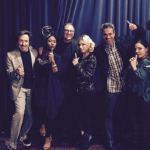 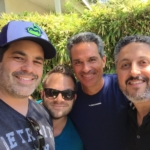 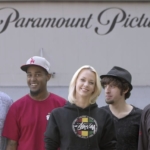 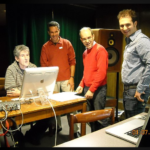 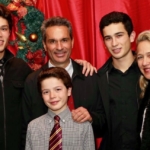 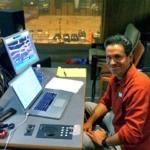 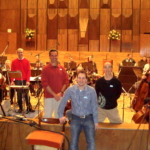 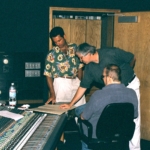 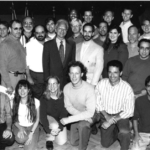 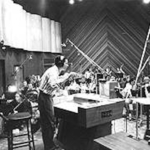 PRESIDENT GEORGE W. BUSH
At the signing of his declaration of the Northwestern Hawaiian Islands as a National Monument in 2006
“[Jean-Michel Cousteau has] made a really important movie [“Ocean Adventures – Voyage to Kure] that I hope people will watch about the Northwestern Hawaiian Islands. I think the American people will understand better about why I made the decision I made when they see the movie that Jean-Michel has produced.”

RICHARD CARLE, DIRECTOR OF AUDIO, WB GAMES / NEATHERREALM STUDIOS
Interactive Game Cinematics for “Injustice: Gods Among Us” & “Mortal Kombat IX”
INJUSTICE: GODS AMONG US: “The music you wrote is subtle and detailed and full of complex emotion and energies.  It adds so much to the game.  Your commitment to excellence shines through in every piece you wrote.  And I  have never worked with anyone who had your determination to satisfy the clients so completely.  You are a great listener – ‘hearer of direction’ – and a consummate professional and an absolute pleasure to work with.”
MORTAL KOMBAT IX: “You swooped in and saved us.  Your talent, commitment, professionalism, and beautiful music made our trip to Outworld utterly delightful.  I can’t thank you enough for joining our team!”

BYRON THOMPSON, DIRECTOR / PRODUCER / EDITOR
Creative Director “Jean-Michel Cousteau: Ocean Adventures”, Director “Stonebrook” feature film (with Seth Green)
“Dean is an amazing composer. I myself am a composer, and as a kid I would memorize every note of my favorite movie soundtracks. Dean simply gets it. He knows what the music is supposed to do, and he knows how to do it. During the editing [of the “Stonebrook” feature film], the editors put together a really good temp track, so good that it was difficult to hear anything else. But Dean dug deep and, insistent on a theme, came out with a marvelous, yet simple, theme for the film. The theme holds a ruggedness to it, as does Erik [the lead character], and allows itself to stay neutral, neither major nor minor. The listener may interpret it as they wish. That’s one thing I like about Dean’s music. He writes wonderful melodies, yet keeps the music subtle.
“The biggest challenge with the score was the diversity of styles. Dean composed everything from ambient, to rock, to jazz, to classic styles. He brought on top-notch players to play the parts, and managed to get a thick full orchestra sound for the climax. He’s a genius at making a little into a lot. As for the jazzy middle section, I feel it gives the film a mature and confident feeling, as well as a mysterious quality. We are telling a fun story. That’s it. I think the music keeps us having fun.”

“I’m writing this to send my gratefulness and best wishes for your professional endeavors being met with applaud and appreciation. You have brought such value to me and Shanghai Disney Resort, and abundant of our achievement is because of you.   I genuinely hope to continue to achieve another set of goals and excellence together with you.”

TOM TATARANOWICZ, EXECUTIVE PRODUCER/DIRECTOR, NEW WORLD ANIMATION
“The Incredible Hulk” Animated Series, “Dark Realm”, “Thor” (w/Mark Hamill voice-over)
“I expect a lot from a composer, and Dean not only delivers, but exceeds my expectations. His expertise at reinforcing story points and flawlessly transitioning between scenes and dramatic beats is a major asset in achieving the emotional impacts I am seeking. His themes give the worlds we create a vibrancy that would be otherwise unattainable.”

RICKIE RODRIGUEZ, SENIOR ART DIRECTOR, ZUBI ADVERTISING
Ford Mustang/Mask of Zorro film tie-in campaign and many other national ad campaigns
“Their [Dean and collaborator Tom Seufert] score for the Ford Mustang Zorro campaign was a home run. We were so pleased we used them again on a Ford F-150 truck spot. If there’s anyone who could give me the emotion I wanted in both spots, it was [Dean and Tom].

DEXTER KIM, DIRECTOR, “PRODIGAL SON” (DRAMATIC SHORT FILM)
Winner – 1997 Dore Schary “Best Narrative Film” Award, Winner – 1997 Angelus Award
“Dean really understood the emotional beats of my film and did an outstanding job translating them into music. I’ve received many comments on the quality of the score and how effective it was at maximizing the emotional impact of the film. I especially appreciate the fact that Dean delivered such remarkable work given a very short timetable.”